Globally endometriosis affects around 190 million women worldwide, impairing quality of life both physically and mentally. These women, including some adolescents, are predominantly of reproductive age, of which 30 to 40% will suffer from infertility and or chronic pelvic pain.

Male partners can have a positive effect on the symptoms of pain and psychological health of their partner, simply by taking an interest in their condition, and accompanying them to appointments

Common locations for endometriotic lesions include:

Clinically speaking endometriotic lesions are classified into 3 subtypes, based on location and histopathology examination.

The size and location of these, along with any adhesions, determines the severity of endometriosis according to the rASRM (revised American Society for Reproductive Medicine), which is the most common classification system for endometriosis.

In fact, the severity of pain or likelihood of infertility does not correlate with the rASRM classification of endometriosis
Source: Zondervan K T, et al. (2020)

In addition, the endometrium of women with endometriosis differs significantly. Increased inflammation, altered microbiome composition, resistance to progesterone and in situ estrogen production, is believed to affect embryo fertilization and or implantation.

Whilst subtle Fallopian tube abnormalities found in 70.9% of women with endometriosis, hinders the transport of the oocyte and fertilisation.

The most common symptoms of Endometriosis are:

Only a small portion of women (2-25%) report experiencing all 3 (pelvic pain, dysmenorrhea, dyspareunia) of the most common pain symptoms associated with endometriosis.

Other symptoms, particularly during menstruation, such as bloating, nausea, diarrhoea, constipation and fatigue may also be present. Although the severity of these symptoms is not an indication of the severity of the disease. However, headaches are more common in women with severe endometriosis.

In some women, the condition can severely impact their day-to-day lives and cause depression. In these circumstances, it is vital to seek help from a medical professional.

Misidentification of endometriosis with other conditions can also occur due to the similarity of symptoms. For example, Irritable Bowel Syndrome (IBS) is a very common condition that also causes abdominal cramping along with spells of diarrhea/constipation.

In fact, between 6% to 43.3% of women are asymptomatic (no symptoms) with the presence of the endometriosis lesions only found while undergoing abdominal surgeries for reasons not linked to endometriosis. Interestingly, the absence of pain is more likely in women with severe endometriosis (Stage IV).

Women diagnosed with endometriosis are at higher risk of other diseases.

Although more research is continually being done understanding the link between endometriosis and comorbidities, the underlying theme is diseases of an inflammatory nature.

The exact cause of endometriosis is still unknown, however there are 5 main theories:

See a doctor if you have any typical symptoms of endometriosis. Preferably someone experienced with endometriosis and similar conditions to minimise a potential delay in diagnosis and self-doubts.

The doctor will then talk through your symptoms and signs before recommending some tests.

A cure for endometriosis is yet to be found however several treatment options, directed towards relieving the symptoms, increasing your fertility and improving quality of life are available.

Your Doctor will discuss with you the various treatment options for endometriosis which are broadly categorised as:

WHAT’S THE BEST AGE TO GET PREGNANT WITH ENDOMETRIOSIS

The best age to get pregnant with endometriosis according to the Endometriosis Fertility Index scoring system is before 35 years of age.

Women between 35 and 40 years of age with endometriosis, have 1 point deducted in this scoring system, while women older than 40 lose 2 points, which mirrors the natural decrease in fertility of women without any fertility related conditions.

This seemingly null effect of aging on endometriosis is supported by other studies, which suggest the growth of endometriosis lesions stops almost entirely once a woman reaches adulthood (~24y.o).

This suggests any future preventative treatments, will most likely begin early on during adolescence.

The normal rate of recurrence following surgery is high in the majority of cases other than abdominal wall endometriosis. Several studies show recurrence rates above 20% one-year post-surgery, especially among Stage III and IV endometriosis.

Interestingly the same studies also showed that postoperative hormonal treatment and or pregnancy was associated with a significantly reduced risk of recurrence.

While the risk of endometriosis recurring post-surgery, among women who undergo ovarian stimulation cycles, was found not to be any higher than normal.

Recurrence of pain post-surgery is linked to the activation of neurogenesis and reduction in apoptosis (programmed cell death). 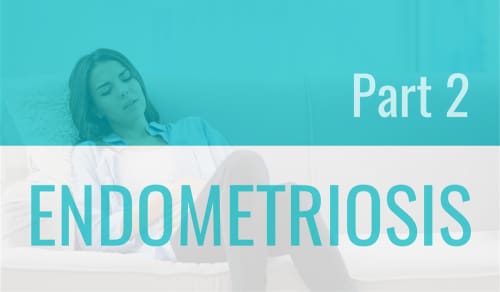 To begin understanding endometriosis and find some common links, numerous epidemiology studies were carried out. We know women with short…. Read more 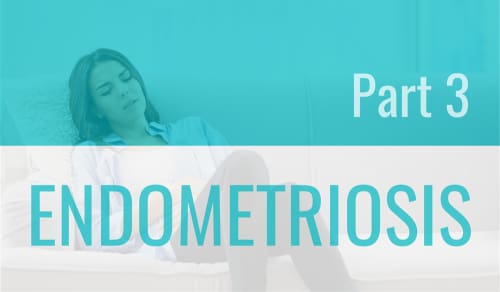 See a doctor if you have any typical symptoms of endometriosis. Preferably someone experienced with endometriosis and similar conditions…. Read more